Bob was elected to represent all of Arvada as an At-Large Councilmember in November 2011 and again in 2015. He served as Mayor Pro Tem from 2015 - 2017. He immerses himself and advocates on behalf of citizens and organizations to strengthen our community.

He is a recipient of the President's Volunteer Service Award and the APEX Service Excellence Award.

He is currently the City Council representative to the following Boards and Committees:

He previously served on several local, regional and national committees, which included:

Bob is married to RaChelle Fifer, and expresses great pride in having a wife who supports and encourages his civic duties to our community. Bob and RaChelle have three sons, who actively participate in local charities, sport teams and giving back to the community through their schools. Bob and RaChelle’s children are fifth generation Arvadans. 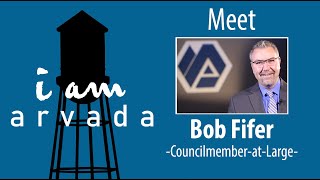