David Jones was first elected in 2015 and re-elected in 2019 to serve as Councilmember for District 4. In addition to his Councilmember role, he also serves on the Jefferson County Community Corrections Board, Jefferson County Economic Development Corporation, Jeffco R-1 Schools Coordinating Committee, Jefferson Parkway Public Highway Authority, and as an alternate with West Connect Coalition, E-470 Authority and Northwest Parkway Authority.

David is the Chief Executive Officer of Sonsio LLC., and all of its subsidiaries and related companies. Founded in 1984, Sonsio develops, packages, and administers tire and wheel road hazard, parts and labor warranty, and roadside assistance programs for over 34,000 automotive and automotive aftermarket dealers throughout the United States, Canada and China..

In the community, David served as the President of his Home Owners Association (Sunrise Ridge) for 10 years and also served as a board member of the Greater Grand Lake Shoreline Association (GGLSA) in Grand Lake, Colorado and as a member of the first APEX Vision 20/20 Committee.  Additionally, David has volunteered his time as a coach for youth sports and for the Boy Scouts of America.

Education and continual learning is very important to David and he attended Ricks College, Utah Valley State College, and University of Colorado Denver.

David has lived in Colorado his whole life and currently lives in Arvada with his wife Ann and their two sons, Jake and Parks.  As a family, they love spending time at the lake, in the mountains skiing and snowboarding, cycling, attending sporting events and simply spending time together! 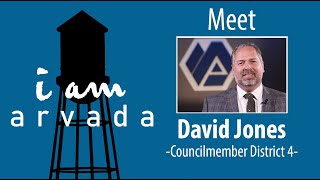