Curious about street signs and signals in Arvada? Find information about protected turns, signal requests, and more. For answers to the most common questions about traffic control, visit Traffic Control on My Street.

New street signs and lane markings are installed in the City based upon a set of criteria in the Manual on Uniform Traffic Control Devices (MUTCD). These criteria have been established nationally and have been adopted by the City.

When street signs and markings are installed:

The City installed its first “green” pavement marking on Ward Road near W 70th Ave intersection (at the Ralston Creek Trail crossing) in June 2020. Green colored markings such as cross-walk style lines, green boxes, and green bike lanes are part of a national effort to help with the visibility and safety of cyclists. More green pavement markings will be installed in the City to help reduce collisions.

For more information about the pavement markings, please the National Association of City Transportation Officials.

Some intersections throughout the City do not allow drivers to turn left or right unless a green arrow is displaying. These are called "Protected-Only Left or Right Turn" movements. In order for an intersection to have a protected-only turn, one or more of the following conditions must be met:

In the City of Arvada, most protected-only turn arrows were installed because the crashes at the intersection were analyzed and protected turns were identified as a safety measure to a pattern of crashes. The City of Arvada designs and installs traffic signal equipment for left or right turns based on the Manual on Uniform Traffic Control Devices (MUTCD), which is a Federal document implemented by governmental jurisdictions across the United States. The City also installs supplemental signs and pavement markings based on the MUTCD for added guidance. Drivers must follow signals, signs, and markings based on Colorado traffic laws. For example, it is unlawful to make a U-Turn at a left turn lane that is posted with a “No U-Turn” sign.

In case of a signal malfunction or need for maintenance, constituents can submit a request through Ask Arvada or call the Traffic Division at 720-898-7740 during business hours or the Police Dispatch at 720-898-6900 during non-business hours.

Sidewalks and crosswalks in the City of Arvada are installed along roadways and through public parks and right-of-way easements. Most neighborhood sidewalks along local streets were constructed through the City’s land development process. The sidewalk widths, design, and construction reflect the era that the neighborhood was established. Major roadways adjacent to the developing lands are also improved in sections with sidewalks and trails through redevelopment. This sometimes results in gaps in sidewalk connectivity. The City of Arvada has a long-range plan for roadway infrastructure and is working alongside redevelopment projects to close sidewalk gaps and improve connectivity. The City of Arvada prioritizes sidewalk projects along schools, connections to transit, and locations that are flagged for pedestrian safety improvements as a result of crash data analysis.

Crosswalks are installed on designated walking routes for pedestrian paths or schools. The Traffic Division of Public Works uses policies and standards to determine the need and type of crosswalk installation. Crosswalk pavement markings and signs and signals are then maintained on a schedule. To ensure proper maintenance, traffic safety, and appropriate operations of roadways, crosswalk treatments are installed based on roadway classifications, traffic volumes, number of lanes, and other engineering factors.

Sidewalks and trails are often linked together for connectivity. Trails are maintained by the City of Arvada Parks Department. Along roadways, private property owners adjacent to the sidewalks are responsible for snow removal and regular maintenance. When minor maintenance is not sufficient, staff from the Streets Division of Public Works maintain sidewalk infrastructure. The Engineering Division works with the Streets Division to reconstruct aging sidewalks along roadways that will be resurfaced or reconstructed. In doing so, the City follows standards that include upgrades such as upgraded wheelchair ramps, colored truncated domes for the visually impaired, and corner treatments known as landing areas to be in compliance with the Americans with Disabilities Act (ADA). Visit the City’s Engineering Standards for sidewalk and ADA design for more information.

The City of Arvada does not install speed humps along public roadways. The reason speed humps are not installed is because studies show that speed humps have mixed results in reducing speed and are not always effective. The only condition that allows the City to install a speed hump is  at a location within a one block area adjacent to an Elementary School as determined by the City Traffic Engineer.

The City is investigating and testing various traffic calming solutions appropriate for situations that causes the majority of motorists to speed. This situations are often a result of urbanizing and traffic growth in an area that was originally designed for neighborhood residents. An example is located on W 52nd Ave between Independence Street and Garrison Street known as “chicanes.” If successful, the City may implement speed radar signs, chicanes, and other traffic calming solutions at appropriate locations. Random speeding issues or erratic driving behavior should be reported to Arvada Police by calling the non-emergency number: 720-898-6900. Arvada Police works with Traffic Engineering to identify locations where Traffic Enforcement efforts are not a feasible solution and traffic calming measures are needed. To report issues with speed control in your neighborhood, please submit a request through Ask Arvada.

The City of Arvada uses Engineering and Traffic Engineering principles to design and operate public roadways. Speed limits are established based on traffic engineering surveys and the roadway classification. Major roadways with limited driveway and side-street access have a higher posted speed limit. Minor roadways, such as local streets, have a default speed limit of 30 MPH per the Colorado Model Traffic Code unless posted otherwise. The City adjusts the speed limits for schools, curves, and unique situations using engineering surveys. These surveys include an analysis of roadway conditions, crash patterns, and a count of the 85th percentile (majority) speed of traffic. When traffic flows at a uniform speed, drivers are less impatient, pass less often, and tailgate less, which reduces both head-on and rear-end collisions. Posting the appropriate speed limit results in improved roadway operation and safety.

Black-and-white speed limit signs are regulatory signs. Compliance with the posted speed limit is mandatory for drivers operating on public roadways. Drivers that exceed the speed limit are subject to ticketing by Arvada Police. Residents concerned about speeding issues or erratic driving behavior should report their concerns to Arvada Police by calling the non-emergency number: 720-898-6900. Arvada Police works with Traffic Engineering to identify locations where Traffic Enforcement efforts are not a feasible solution and traffic calming measures are needed.

Traffic calming measures are education campaigns, where speed radar signs are installed for a two month period at specific locations to notify motorists to check their travel speeds. These measures are only effective in unique situations and specific criteria for the use of speed radar signs must be met prior to the campaign. The City does check the roadways to ensure that speed limit signs, pavement markings, and the roadway layout matches appropriate standards. If members of the public notice a maintenance related issue with a speed limit sign, please submit a request through Ask Arvada or call the Traffic Division at 720-898-7740 during business hours.

Stop signs are installed at an intersection after an engineering evaluation. A variety of criteria known as “warrants” in the Manual on Uniform Traffic Control Devices (MUTCD) must be met including traffic volumes and crash history. Overuse of stop signs reduces their effectiveness and causes drivers to ignore them, which is then a hazard for drivers, pedestrians, and bicyclists. Stop signs are not intended for controlling speeds. Intersecting roadways with unequal traffic volume will always have a two-way stop (for the side-streets) until specific warrants are met. Intersecting roadways with equal traffic volume will often have four-way stop control per the MUTCD warrants.

After the installation of a stop sign along a public roadway, the Traffic Division of Public Works maintains the signs to ensure visibility and safety of the public. Constituents can submit a request through Ask Arvada, call the Traffic Division at 720-898-7740 during business hours or call Police Dispatch at 720-898-6900 during non-business hours to report a maintenance issue. The Traffic Maintenance team responds to a downed stop sign within 24 hours of receiving a report.

The City of Arvada operates and maintains more than 100 traffic signals and 128 school zone flashers placed throughout the City. Traffic signals located along state highways in the City, including Wadsworth Boulevard, Sheridan Boulevard, and State Highway 72, are operated and maintained by the Colorado Department of Transportation.

New traffic signals are installed in the City based upon a set of criteria in the Manual on Uniform Traffic Control Devices (MUTCD) known as “warrants” This criterion was established nationally and was adopted by the City. The criteria include minimum vehicular and/or pedestrian volumes and traffic crash experience. The City reviews intersections that might warrant the installation of a traffic signal every year. If intersections meet the criteria for a signal, it is then prioritized for future construction.

The City of Arvada budgets for one new traffic signal per year and budgets for reconstruction of existing signal assets based on the condition of the signal equipment. Signal timing plans along roadway corridors are also reviewed on a regular basis to ensure that changes in travel patterns are reflected in the signal timing at each signalized intersection. To report light failures or other traffic signal concerns, please submit a request through Ask Arvada or contact the Traffic Division at 720-898-7740 during business hours. To report a malfunctioning traffic signal after normal business hours, please call the Arvada Police Dispatch Center at720-898-6900.

Visit Ask Arvada to Browse FAQs or Submit a Request 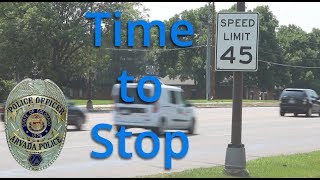